How do I use PolarAid?

How do I care for PolarAid?

PolarAid elevates your aura to a real protective shield!

“PolarAid offers an easy and quick way to increase the flow of vital energy into the body, in enhancing cell vibration and supporting and strengthening the health.

With all recommended hygiene and protection protocols in place, PolarAid elevates your aura to a real protective shield!

The PolarAid disc is aligned with the energy centers (chakras) of the human body, establishing a perfect harmony in the energy field (aura), which consequently at the physical level, results in good health. 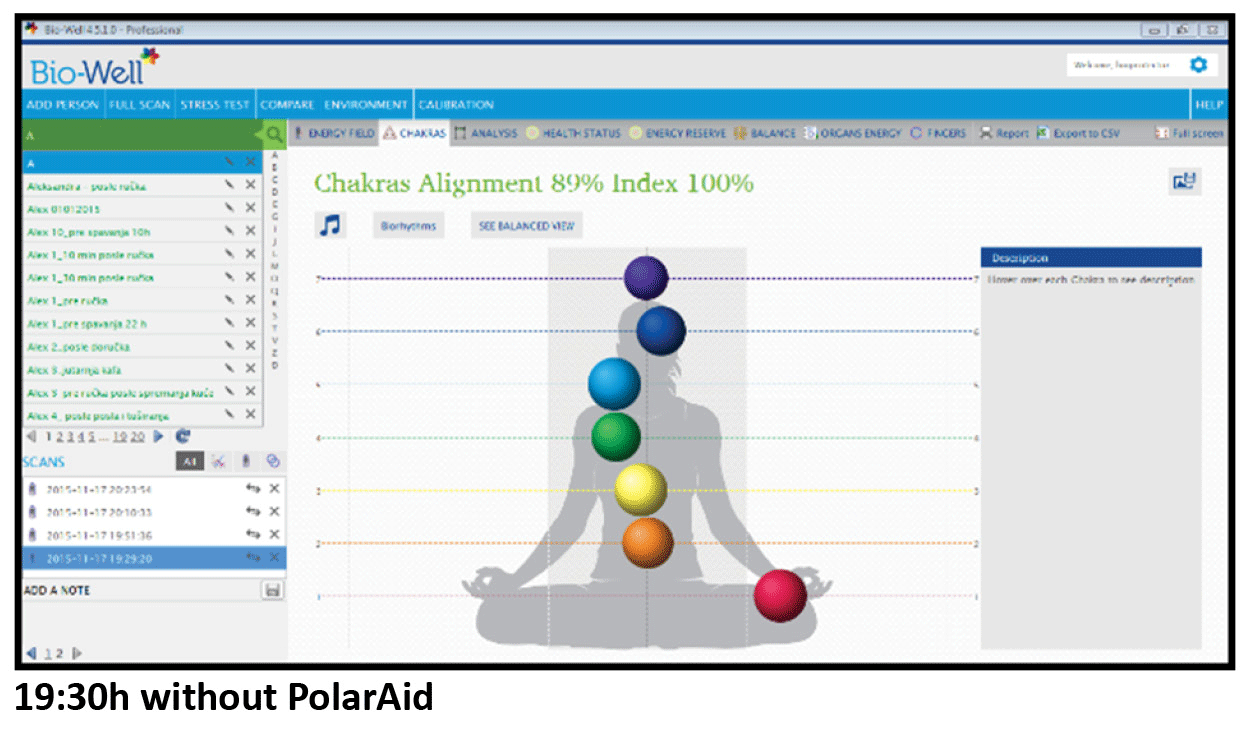 When your electromagnetic shell is well supported, you will be protected from external harmful effects. PolarAid effectiveness has been examined on the condition of our energy field with bioresonance devices, and a significant improvement in the appearance of the aura was experimented after only one treatment!”

In this 7 minute interview extract, Dr Ross Andersen introduced PolarAid as one of the most effective personal protective devices, that strengthens the body’s ability to withstand the EMF, and explains the technology he is using when evaluating its positive impact on the body (muscle testing). Dr Ross Andersen has been recommending PolarAid to his customers for over 3 years now!

“The other aspect is wearing something that alters your body’s ability to handle the radiation. There are a number of devices available that actually do that. There are a lot of devices that are fraudulent. There are hundreds of these gadgets that you can buy and things that you can stick on your phone. The vast majority of them do nothing but there are some that actually do improve the body’s ability to withstand the radiation. One of the most important devices that I run across was PolarAid that was given to me by a wealthy client about three years ago now. It contains the Lakhovsky coil configuration.”

“The form that I recommend is called PolarAid. It’s something you buy once because it doesn’t run on a battery. It’s actually an antenna that alters the ability of the body to withstand electromagnetic radiation.”

“PolarAid is of extremely high quality. You could literally never break it. It’s incredibly sturdy. That’s one of the reasons I like it. It costs a little more than some of the other ones but it’s extremely well-built.”